The smell of heavy moist air mixed with sweet perfume, spices and steamed fish… wandering the streets and exploring the neighborhoods of Singapore is all that and more.

Whoa, I mean talking about packing it all into just two days.

My first impression of Singapore, the greenest Asian State/Country was very clean. I mean clean!

We stayed on Sentosa Island at the Festive Hotel, which was perfect for kid friendly travel including family suites with bunk beds, lots of pool space and a water park. The staff was super accommodating, especially after Expedia booked us into the wrong room. Hotel rooms are simply not the same as what we are used to in North America. 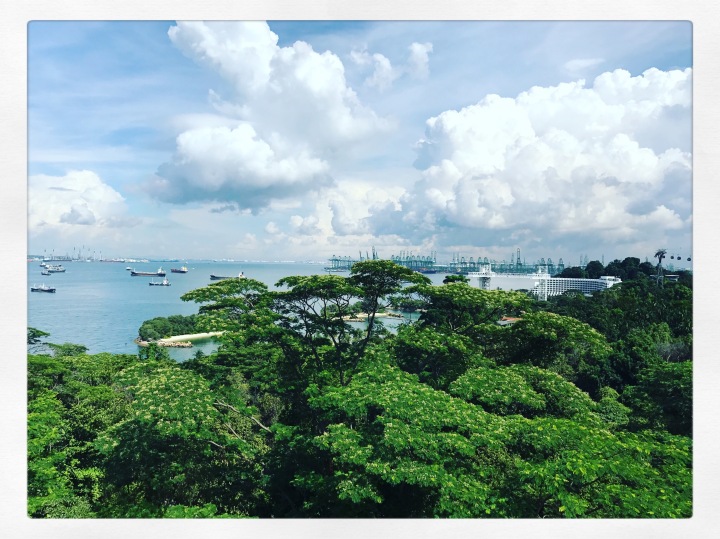 You really can’t get bored here….which I have to say didn’t like that much. Yes it’s 24/7 entertainment, but it’s also really expensive and quite a lot to take in.

We kept it rather simple knowing that we only had two full days. 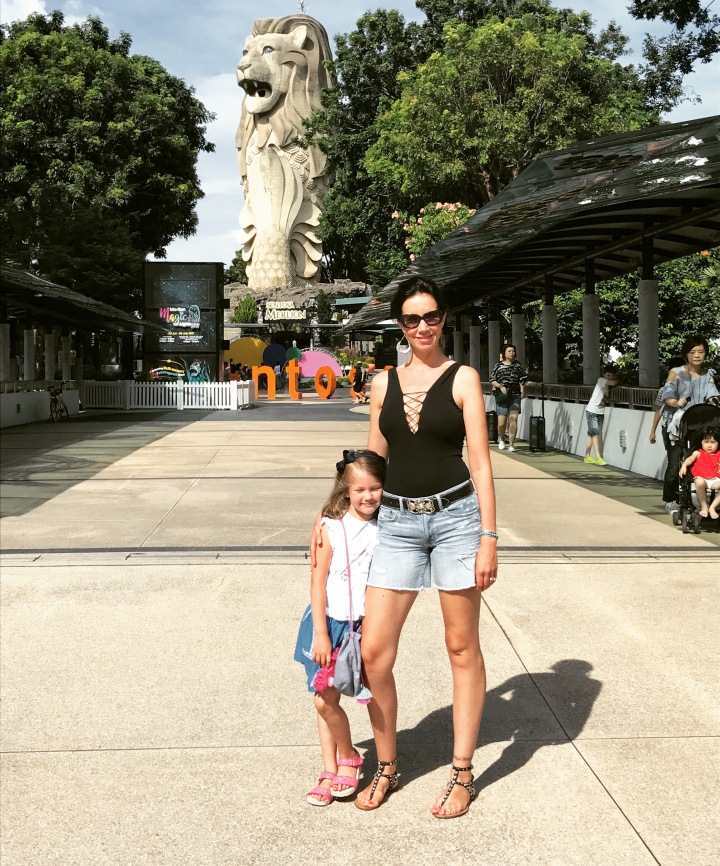 Having said that it’s also scorching hot and humid, which means building in cooling down time is a must with smaller kids.

I really enjoyed little India and would highly recommend going on a hop on/hop off sightseeing bus to get a good overview about what Singapore is all about. 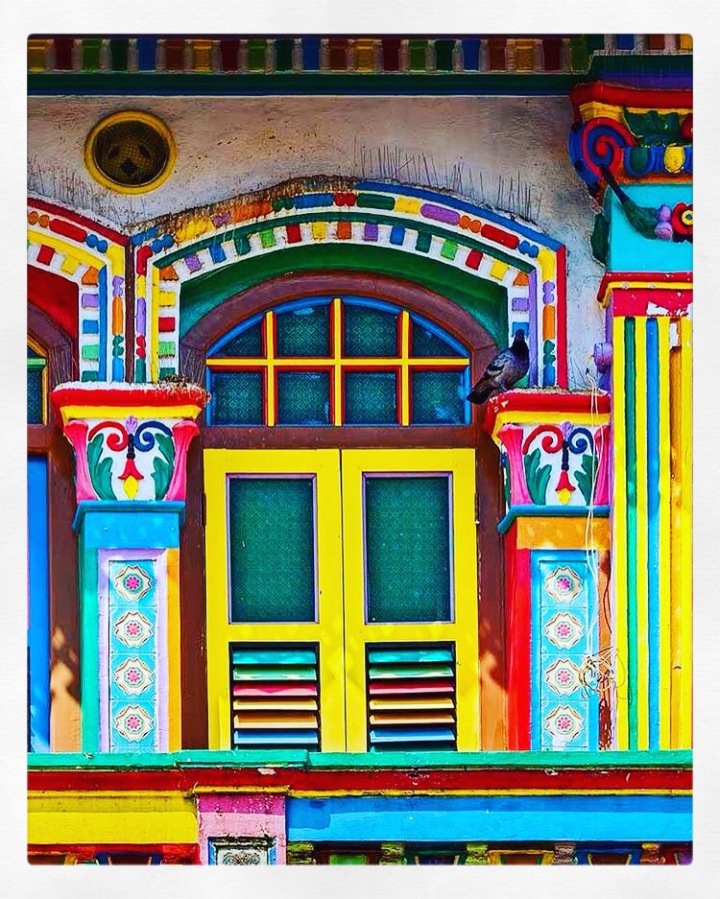 We took the Hippo City tour which allowed us to travel on up to 7 routes all around the city and Sentosa.

Orchard Road being Asias most famous shopping street and therefore a must see for lots, I would prefer spending a day at the Botanic Gardens anytime.
Food, oy vey! Food courts are reinvented in Singapore. If you are looking for clean, inexpensive and great food skip the restaurants and go straight to the food courts.

Singapore is known for them!

Being vegetarian and trying to eat clean and Gluten-Free as much as possible has proven to be a bit challenging here.

We stuck to simple dishes like Pad Se Ew and Nasi Goreng dishes with veggies and tofu. 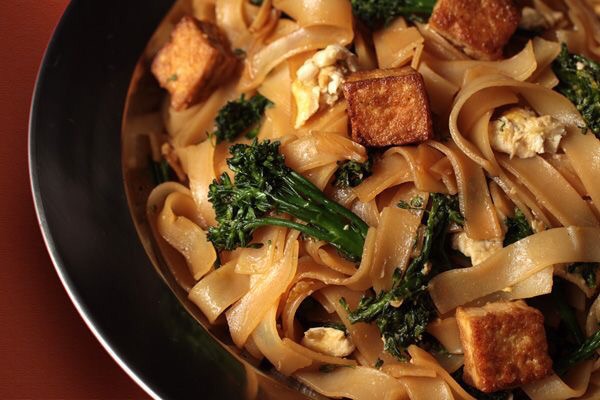 Well, happy journeys everyone. We are off to Bali tomorrow.

Oh, before I forget, here are some fun facts about Singapore

1. Singapore is conquering Asia sand by sand….literally. Singapore has been accused of buying too much sand from Malaysia, Cambodia and Vietnam. It led to several protests and blockades on sand trade after countries found chunks of their land being shipped off to Singapore.
2. Singapore has its national tree planting day on 7th November every year. Everyone from the Prime Minister to foreign diplomats to ordinary citizens’ plant trees on this day.

3.  In Singapore, stop chewing your gum if you see the police. Or simply don’t carry one. Currently, it is banned except without medical prescription.

4. Caning is actually still a legal form of punishment in Singapore. If you are caught vandalizing the tropical paradise, you won’t be able to sit properly for a few weeks.
5. Car lovers are almost broke in Singapore. Car use is heavily discouraged by the government and car owners have to pay additional 1.5 times the car price to get their car certified.
6.  Elevators in Singapore have Urine Detection Device, and if it detects the smell of kidney filtered water, it locks the doors until the police arrive. Singapore has passed a very specific law which prohibits urinating in the elevators. Whoa…what?!

7.  It’s a crime to not flush the public toilet after use in Singapore.

8. Though Singapore is a city state, it consists of 63 smaller islands.

9. You have heard about the legendary mermaid but did you know that the national icon of Singapore is The Merlion, a creature that is half lion and half fish.

10.  Every school kid in Singapore knows the legend of Sang Nila Utama, the price who founded the Kingdom of Singapura, in 1299. In an almost similar ending to Hollywood flick, “Life of Pie”, the price braved stormy sea to reach the island, where he had a vision of a lion.
11. Singapore has an amazing thrill ride called the Megazip or the Flying bat, of Sentosa Islands. It lets people experience life through the eyes of a flying bat.
12. Singapore is one of the only three surviving city-states in the world. The other two are Monaco and Vatican City.

13. Size doesn’t matter. The city-state which ranks at 190th in terms of size, ranks number one in terms of the salary it gives to its head of State. The Prime Minister of Singapore earns a whopping $1.7 million annually, which is four times higher than what the US president earns.

14. Singapore has invented food courts before it was cool. The hawker chefs of Singapore are notoriously famous for churning out world-class cuisines. They all converge on few spots which have become food hubs.

15. Singapore was long ago attacked by hordes of swordfish. A young boy worked out a brilliant plan to trap them but was killed by the king who feared his intelligence. Legend has it that the red color of the region’s soil is due to the young boy’s blood.
16.Singapore loves to enjoy good food. Every day two new restaurants are opened in Singapore. A rare feat, given its size.
17. Just the name “Garden City” didn’t satisfy Singapore’s high ambitions. The government plans to transform Singapore into a “City in a Garden”. The conclusion? Garden > City, in Singapore.
18.The diversity of Singapore made Singlish, a colloquial Singaporean English, the de-facto language of the state.